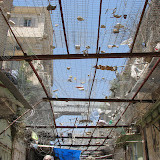 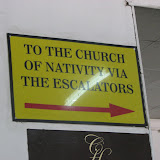 One response to “Israel Diary – Day 3, Hebron and Bethlehem”