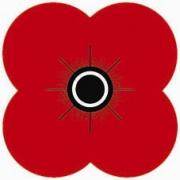 In remembering the dead,
we do not forget or forsake the living.

In remembering war,
we do not forget our search for peace.

In praying for peace,
we do not dishonour those who have given
their body, their mind, their life.

For we give thanks
for the love
which enables one
to give selflessly for another,
even unto death;
while at the same time,
we lament the necessity.

And in the grief we bear
for those who have lost
a limb, a mind, a life,
we hold fast
to the hope we have in God,
and in his Son, Jesus,
who gave his life,
so that we might understand something
of God’s love for us.

And so that we might seek
the gift of His Spirit
so that we will have the strength
to show love,
and mercy,
and forgiveness.

All of this we do,
as we remember
those who have served,
and who still serve.

Today held an interesting ‘first’ for me – two ‘firsts’, if I was being pedantic. At last year’s Remembrance Service I was preaching, and that was fine. I’m on comfortable territory with that. And it was made easier by the fact that the usual gathering of British Legion and Armed forces representatives were at a different church in the town as part of their anniversary celebrations.

Having preached last year, it meant that it was my turn to take the Act of Remembrance this time – only this time with the full attendance of Legion, Forces and various local dignitaries. There are times when it has to be ‘right’ and I would suggest that this is just such a time. I know there are all the arguments about whether the church should be supporting such militaristic activities, but I would rather there be a Christian voice heard in these situations than a withdrawal and sniping from the sidelines. Hosting and participating in such activities does not imply that we condone war, but recognises that there is a distinct Christian voice which can be spoken into the occasion.

Not that that was the sum total of my involvement for the day. It fell upon me to lead the service at the war memorial too. Bigger crowd, very public and with all the burden of responsibility and solemnity of such an event. It generally went well, I think, with only a couple of minor hiccups as I tried to speak over the top of a parade-ground voice giving orders at times I didn’t expect them. (Oh, and a little argument with the local MP as he turned up early, complained about the service not starting early enough to give him time to get to the next one, laid his wreath before the service started, and legged it. Anyway, I was feeling bold enough to be in no mood for such drivel and told him to sort his diary more efficiently next time.)

Anyway, I thought I’d share the short reflection I gave at the war memorial. Spoken pretty much as written, with the odd, on-the-fly alteration (which I no longer remember exactly).

As the years pass and the memories of the two world wars become barely even a second-hand memory, it is often asked whether it is still appropriate to mark this day and time, at least in the way we do.

Quite apart from the fact that the legacy of those two wars still continues with us, the list of conflicts in which the British Armed Forces has been involved grows ever longer; and conflicts around the globe continue to exact a toll, both on those who are on active service and those who support them.

And so I would say that the Act of Remembrance has, if anything, become even more significant; even more crucial in our present day.

Remembering and honouring those who have died, those who have suffered, both military and civilian lives; remembering courage, and bravery, selfless sacrifice and duty are all part of this Act of Remembrance, and rightly so.

But such an Act is also an intensely political statement – and I use that term in its broadest sense: the exercise of power and governance in a country. And as a democracy, we all play our part in that process. We, all, help shape the country we would live in, and the ethics we would live under.

And so, when we join together in the Act of Remembrance, we are not simply paying tribute to those who have served in conflicts over the years. We are also saying that such events cannot be set aside; their significance cannot be diminished; they do not simply belong to the past, but are a challenge to our present reality.

When we forget, we trivialise.

When we forget, we diminish and devalue sacrifice.

When we forget, we dishonour those who served and who continue to serve.

In remembering, we do not condone war, but speak a word of challenge to governments, and to the people, that says, “We have seen, and we remember, what humanity is capable of.”

In remembering, we also say we demand a change, saying, “As it was, is not how it needs to be. Let that which has happened in the past guide us to a better future.”